NASA imagines a drone of your own 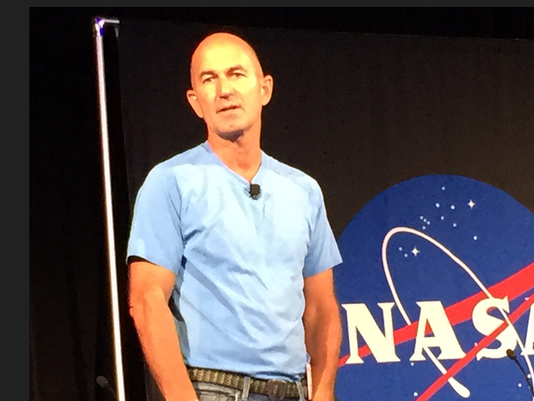 "We can completely transform aviation. Quickly," said Dave Vos, lead of Google's secretive Project Wing, which is working with NASA — as are some 100 other companies — on an air traffic control system for small, low-altitude drones.

An effective air traffic system — needed to keep the skies under 500 feet from turning into a demolition derby — will play a major role in turning drones from a plaything into an engine of the economy, one affecting package delivery, agriculture, hazardous waste oversight and more.

In addition to Google the companies working with NASA include Amazon, Lochheed Martin, Raytheon, Airware, DroneDeploy, Matternet, Cisco and Verizon. "We have 125 collaborators and it's growing," said Kopadekar.

"That's the idea of this collaboration; we don't want to pick winners. We will want to set the parameters but keep the operation open."

"The FAA is saturated just doing their job," said Ro Bailey, policy director for the Alaska Center for Unmanned Aircraft Systems Integration at the University of Alaska, Fairbanks. "So the how do you solve the problem of managing a massive influx of these unmanned systems which can't see and avoid other people because there's nobody looking?"

Vos says he imagines using the same technology that allows cell phones to talk to each other and the network — systems that also decide which messages go first and ensure that everything gets through in milliseconds.

Bailey said the idea is "brilliant."

"We already have a sophisticated cellular network that has a protocol for who goes first and how things are routed in the fastest possible way," she said.

Another component needed to make drone traffic safe is ADS-B,and Google says it's working on this, as well. That's automatic dependent surveillance – broadcast, a cooperative surveillance technology that allows aircraft to determines their positions via satellites and broadcast them to nearby aircraft.

"We think everyone who wants to build one should be able to build one," Vos said. "Marketplaces that don't have competition, don't really go anywhere."