How DroneDeploy's app is about to make farming more efficient 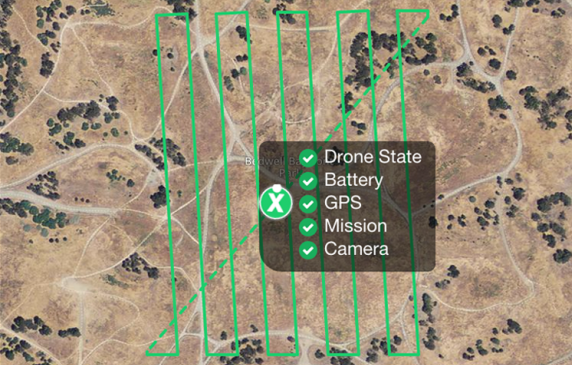 DroneDeploy, a start-up poised to make farms and other businesses significantly more efficient, launched its mobile app Tuesday and announced it will be compatible with one of the world’s most popular drones.
(0) Comments
Read More

Drones Will Look For Stray Dogs In Houston

Drones, as low-cost flying machines, make great rescue tools. They can look and go places people can’t--or at least can’t go safely--and with infrared cameras, they can sometimes see beyond what human eyes can. In Houston, the World Animal Awareness Society plans to use them to track stray dogs, combining a drone's utility as a mapping device with its rescue abilities.
(0) Comments
Read More

The Federal Aviation Administration has established an interim policy to speed up airspace authorizations for certain commercial unmanned aircraft (UAS) operators who obtain Section 333 exemptions. The new policy helps bridge the gap between the past process, which evaluated every UAS operation individually, and future operations after we publish a final version of the proposed small UAS rule.
(0) Comments
Read More

On a day when Amazon.com announced that it would be expanding one-hour delivery for certain items into more U.S. metropolitan areas, the company received better news regarding a logistics program that has been viewed by many as a pipe dream.
(0) Comments
Read More

In the not too distant future, swimmers in distress may look up to the sky for help and find, not a lifeguard, but a drone, delivering a life preserver in their moment of need. Designed by Amin Rigi and RTS Labs in Iran, the Pars drone is a robotic lifesaver. First demonstrated in 2013, Rigi is launching an RTS Labs offshoot, RTS London, to mass produce the drones.
(0) Comments
Read More