Perhaps more intriguing is DJI's "Guidance," which it calls "the first commercially-available collision avoidance for aerial platforms." Using stereo cameras and ultrasonic sensors, the system can detect objects anywhere around a UAV within 65 feet, or stabilize it with "centimeter" accuracy above the ground. Developers can mount Guidance to the Matrice 100, which will also accept any robotic system with USB or UART ports. In a video (below), DJI manager Navjot Singh said with the system aboard, "the Matrice 100 is always aware of its surroundings, and will automatically adjust its flight path when closing in on objects or obstructions." 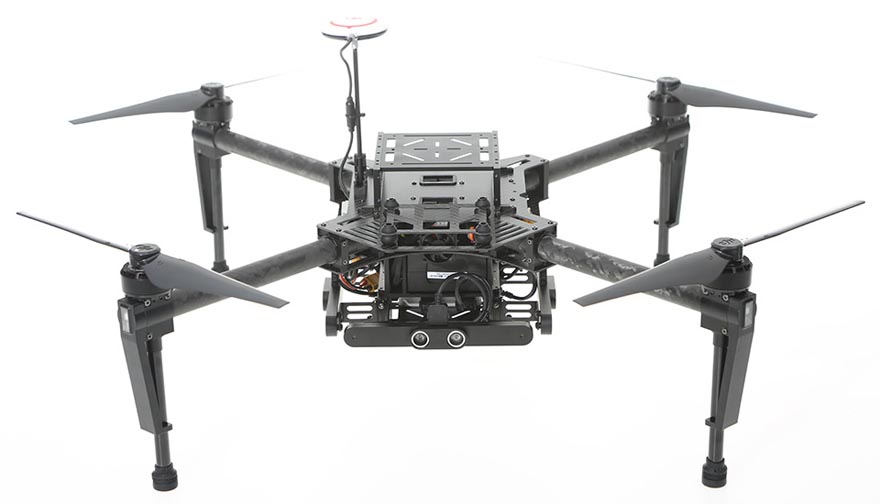 The drone also works with DJI's Lightbridge live video tech using its Inspire 1 Zenmuse X3 camera and gimbal, or any third party camera with HDMI input. Beta-testers have already put the new technology through its paces; for instance, a Shanghai team paired with Intel to develop tech that uses Guidance's depth sensors to detect illegally parked cars. The drones have also flown with FLIR's Lepton infrared cameras, which sense temperature differences as small as a tenth of a degree.

The M100 and Guidance system are obviously aimed at serious developers with $3,299 and $999 price tags, respectively. However, the FAA and potential commercial operators like Amazon have emphasized the importance of collision avoidance and other safety features, so the demand is no doubt there. Pre-orders are now open, with both devices set to start shipping by the end of the month.