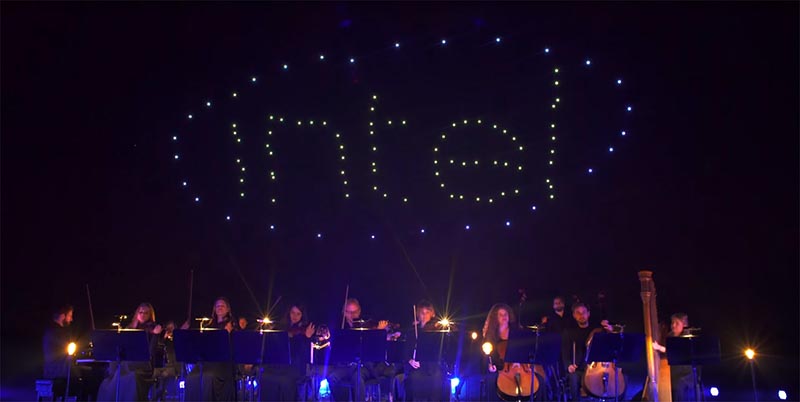 Posted by Adele Scholl on 1/14/2016 to
Intel talked a big game when it said that it set a Guinness World Record for the most drones controlled by a single person, but it now has the evidence to back up that braggadocio. Guinness has posted a video of the feat, which saw 100 drones perform a light show (coordinated by Intel software, of course) while humans played Beethoven's Symphony No. 5 on the ground. Is it a publicity stunt? Absolutely. But it's still fun to watch, and it's proof that drone swarms are easier to control than ever.