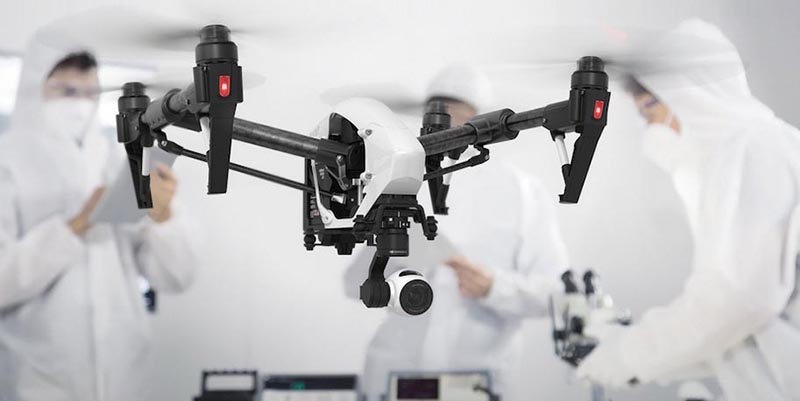 Posted by Adele Scholl on 2/2/2016 to
In Editor's Choice, Market, Research & Development by Lucia Powell

Intelligent Energy has announced that is has signed a Letter of Intent (LOI) with a top drone manufacturer to develop hydrogen fuel cell powered drones. The deal will see the two companies work together in the first quarter of 2016 to develop technological solutions to increase drone flight time. The goal is for the deal to lead to a formal commercial arrangement for the solutions’ rollout.

Pain points for drones, particularly for commercial use, are known to be short flight times and long periods of downtime due to battery limitations and recharging. Intelligent Energy showcased its ultra-light weight fuel cell stacks at the event, which it has developed specifically for the drone market, as well as miniaturised fuel cell stacks that can be embedded into smartphones, laptops and notebooks.

Powering a drone with a hydrogen fuel cell could enable it to fly for hours, as opposed to minutes. Although the exact improvements to flight times will not be known until the production drone is finalised, the expectation is that a fuel cell could more than double or even triple the time a drone could remain airborne. In addition, fuel cells would reduce the downtime significantly, as re-fuelling takes a matter of minutes.

“Our embedded fuel cell technology was well received at CES and we have had huge levels of interest from manufacturers so we are, of course, absolutely delighted to be signing our first letter of intent on the back of the show,” said Julian Hughes, Acting Managing Director for Intelligent Energy’s Consumer Electronics Division.

“Major shortcomings to drone development are range and flight time. Using fuel cells to power a drone can markedly increase the flight time. A longer flight time and, therefore, increased range means drones become much more viable for commercial use. We see the signing of this LOI as a very important step to the commercialisation of fuel cells in drones.”

Can't wait to see what the future brings in the Drone world.