Is it Time for a Drone Ambulance? 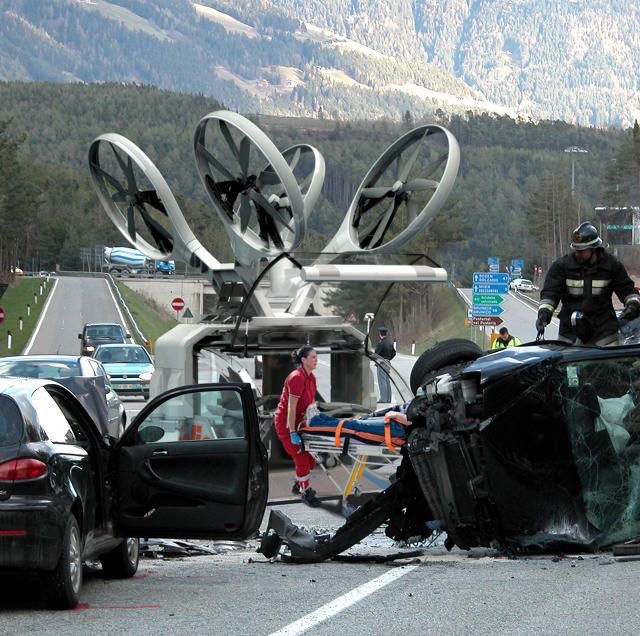 There are many advantages to an emergency vehicle drone. Human error is nearly taken out of the equation when trying to get to a critical area, meaning the drone ambulance can arrive on scene quicker than anything else. The biggest factor about this GPS guided machine is its ability to fly over any traffic or traffic signals, therefore, being able to get to the people in critical danger quicker.

Developed by the creative firm, Argodesign, this machine can avoid any obstacles in its way to help victims faster. Needing the space about the size of a compact car, the drone ambulance has enough space for one person on board. An EMT would fly in the drone on the way to the accident scene and help stabilize the victim and get them into the drone safely. Once secured, the drone would fly the patient back to the hospital for further care, leaving the EMT behind to be picked up and taken back to the hospital by any other emergency responders. 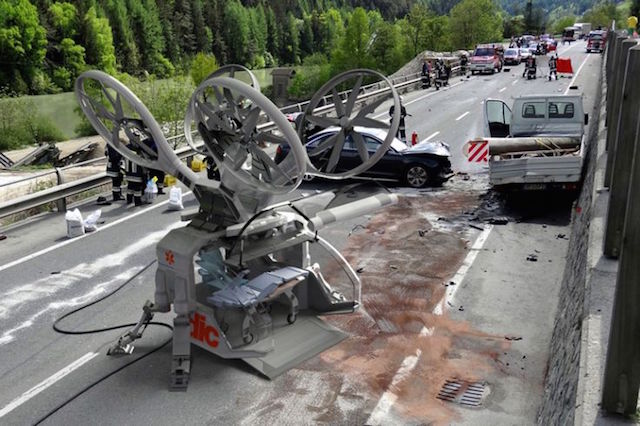 With lots of controversy still surrounding drones in general, it is easy to see that this project is still just a concept in its infancy stages. Mainly used by the military, or in certain photography expeditions, many companies such as Argodesign are pushing to get drones involved in other areas of everyday life. Amazon same day shipping is another outlet that is being ventured into as far as drones are concerned, but other than the military, none of these projects seem to carry the same kind of weight that emergency responders do, making this a very interesting concept that could be very helpful.

With patients having to be by themselves in the machine on the way back to the hospital, there is still a lot of skepticism surrounding this project, potentially a reason why it is still just a mere concept. Don't be surprised though if in the future you find yourself at a stoplight and you see one of these flying right over your head.
Share |
Previous Post
Next Post