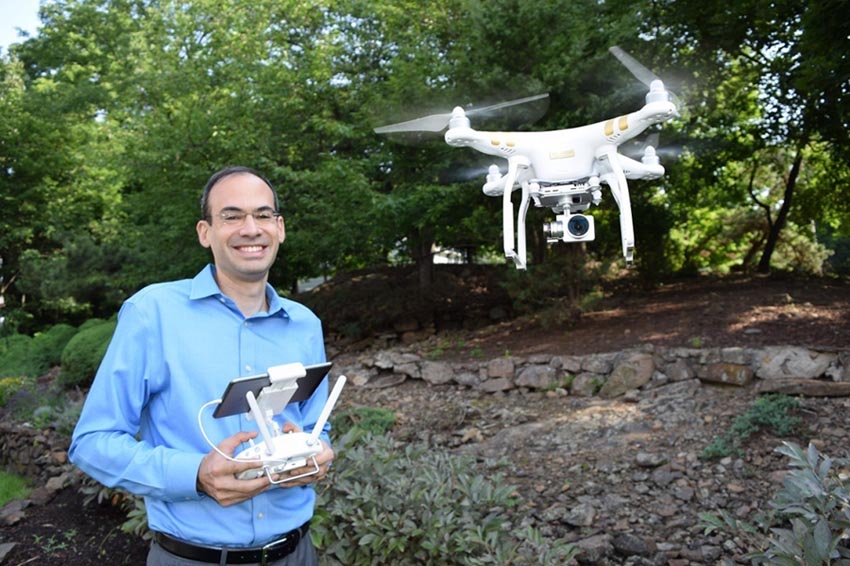 DJI, the world’s largest drone company, has hired lawyer Brendan Schulman as its vice president of policy and legal affairs.

Like many players in the emerging drone industry, DJI is undergoing rapid growth, but regulations and negative public opinions surrounding drones could hinder its future.

The addition of Schulman gives DJI an astute advocate for the potential of the nascent technology at a critical time. While drones are showing their positive value in fields such as agriculture, construction and aerial photography, a negative stigma remains as governments around the world look to sort out what to do with drones. Last month, Sen. Dianne Feinstein (D-Calif.) introduced legislation to instruct the FAA to restrict consumers’ use of drones. The FAA is expected to finalize its laws for commercial drone operators in roughly a year.

Schulman first arrived on the drone scene when he defended Raphael Pirker in a landmark case, the first instance of FAA enforcement against a drone operator. Schulman is now leaving his position running the drone practice at the New York law firm Kramer Levin, where he defended everyone from companies to universities and one organization using drones to search for missing persons.

“This was a terrific opportunity to join the leading drone company in the world and take my advocacy for the technology and the industry generally to the next level,” Schulman told me. “It really seemed like a natural fit to take a role that advances the things I already certainly believe in — that this technology is going to change the world for the better, and that it’s really important that lawmakers and members of the public have a good understanding.”

A study from Bard College and the Verge found that half of the drone operators granted FAA exemptions to fly commercially asked to use DJI products. While DJI’s Phantom is especially popular, it’s also drawn headlines for the wrong reasons, such as when a drunken man accidentally crashed a Phantom on the White House lawn. The use of drones for deadly military strikes has also seemed to bleed over and color public opinion about the technology’s potential for commercial uses.

Schulman, 41, combines legal expertise with a passion and interest in technology. He’s been flying model aircraft for more than  20 years. As a law school student, Schulman grew interested in the intersection of the law and emerging technologies, and edited the Harvard Journal of Law & Technology.

On his Twitter feed — aptly named @dronelaws — Schulman regularly highlights positives uses of drones, and dispels misconceptions about the technology. He’s called for a microUAS category in the FAA’s coming drone rules, arguing that lighter drones are inherently less dangerous and should treated as such.

Schulman sees drones as a revolutionary technology with a promise that rivals the Internet, and thinks a focus on drone’s downside is leading to legislation that’s a detriment to society.

“If you talked about the Internet that way in the ’90s, I don’t know where we would be. That’s one of the real challenges,” Schulman said. “These are formative years, it’s early in terms of the technology. We’re just beginning to understand the many commercial and societal benefits of it.”
Previous Post
Next Post
Follow Us
Information
Browse By Category