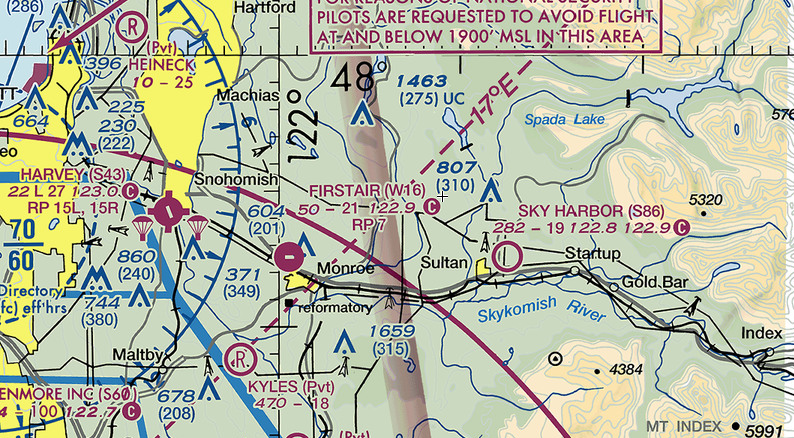 This satellite image, taken on a previous day, shows activity in the area beyond the gate. You can see a couple dark objects on the ground at either end of the image, what looks like a purple tent, a white van and some other vehicles — exactly where people in the area told me they’ve seen Amazon’s team set up.

Does it really matter if some Amazon employees are off multirotor flying somewhere?

We know they are!

Lets find some facts for Jacob, all thanks to published data from the FAA.

Long time sUAS News readers will be aware of our Drone Spotters collection of drone tail numbers from around the world, set up to monitor who was selling what to where. I notice Amazon registered its third official drone. N394PA appeared on the register just last Thursday.

We can learn some stuff from their naming, its a mark 24, so I think it’s fair to assume the 24th type of prototype and its serial number 14 so there are at least 14 mark 24’s out in the wild.

N393PA is not going to happen as it’s already allocated to an autogyro.

The questions I would ask is have they distributed other airframes to test simultaneously around the world and are Amazon just creating marketing footage in the USA?

Flying around a bit at the end of a track is hardly testing detect sense and avoid. Its not probing the platforms sensitivity to EMF. Its not testing a whole host of things.

Jacob, please do me a favour pop back and see if you can find a second site. One about 5km away. One that Amazon might be flying test deliveries to. That would be the sort of thing I would be testing to a track in the middle of nowhere.

Jacob also head off to Walmart and buy a scanner
Then listen out on the local air traffic frequencies just in case the Amazon guys are doing the right thing and calling their position for VFR traffic in the local area.

It might also be worth dropping into Fall City Airport and finding out if any Amazon execs have flown in. They probably have a working relationship with the test team.

I would do it myself but its Sunday morning in South Africa and time to go out for a family breakfast. (some time passes) After breakfast I found the spot, skip to the bottom.

Our R&D operations will provide for a level of safety that far exceeds the level of safety required by FAA for hobbyists and manufacturers of model aircraft.  The following operating procedures will apply during the R&D testing conducted under this exemption request:

A gentle VR flight and I found where it is 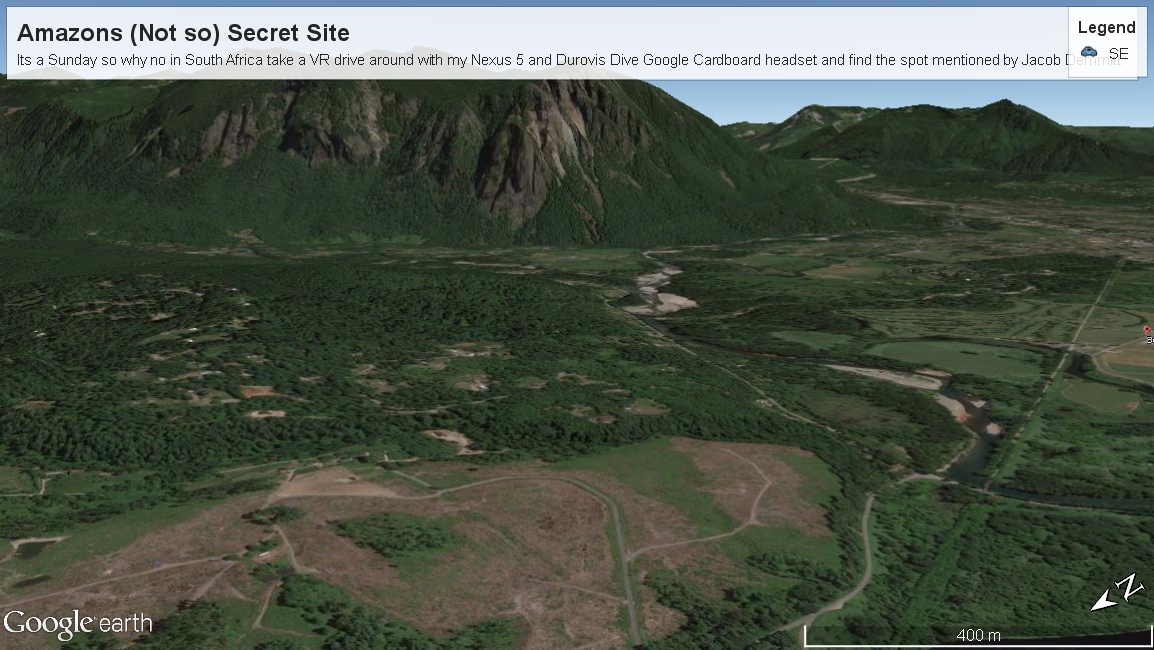 I guess distance is a relative, living as I do in Africa 45 minutes very often is the minimum you have to travel for more life. I have lived in places where an aeroplane was the only way to the shops.

With that in mind, this line…

So I grabbed a Car2Go in Seattle and made the 45 minute drive out into the middle of nowhere. It’s the kind of place where “No Trespassing” signs outnumber doorbells and people don’t seem fond of strangers wandering on to their front porches.

Then checking, its 6 minutes to the nearest African sounding joint, Sahara Pizza (tenuous I know) Raised a smile here. Also amusing the railway stations of startup and goldbar to the right of the title map. That’s why I made it so wide.

Doh just read the comments, the good folk of Snoqualmie called out Jacob on the distance thing and posted where it was!